The December 1st deadline is Fast-Approaching

In May of 2016, the Department of Labor issued a final ruling on a new overtime provision, which will require that, as of December 1, 2016, exempt (that is, a salaried employee who receives the same base pay each pay period) employees will need to earn a minimum of $47,476 per year. If they don’t earn this base wage, even if they remain classified as exempt, they will qualify for overtime pay.  This is a huge change requiring Human Resources departments and employers to take action for many employees, as this minimum salary has more than doubled (from $23,660) with this change.

This ruling will impact over 4.2 million employees in the United States, and the minimum threshold will increase every three years, with the first increase being in 2020 to a projected $51,000. 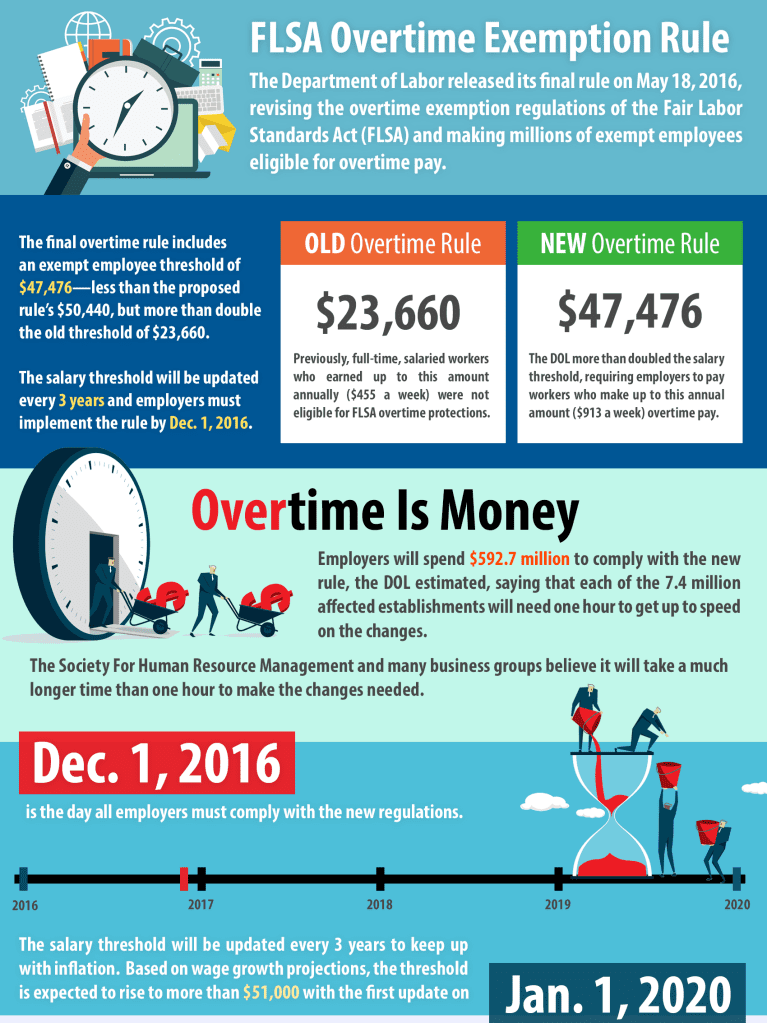 It’s important to remember that just changing the employee’s title, earnings amount, or earnings method does not (legally) change them from a non-exempt to an exempt employee. Exempt status is based on the job duties the employee performs, so merely changing an employee to exempt with a salary of $47,476, without reviewing their job duties, doesn’t necessarily mean you’re in compliance.

After reviewing their job duties, also consider the morale of an employee who is told their status will change from exempt to non-exempt. It is a common belief out there that moving from exempt to non-exempt is the equivalent of a demotion; which simply is not the case. And conversely, non-exempt employees who are used to earning additional money through their overtime hours may see a move to exempt status as a negative, since their earnings often drop without that overtime pay.